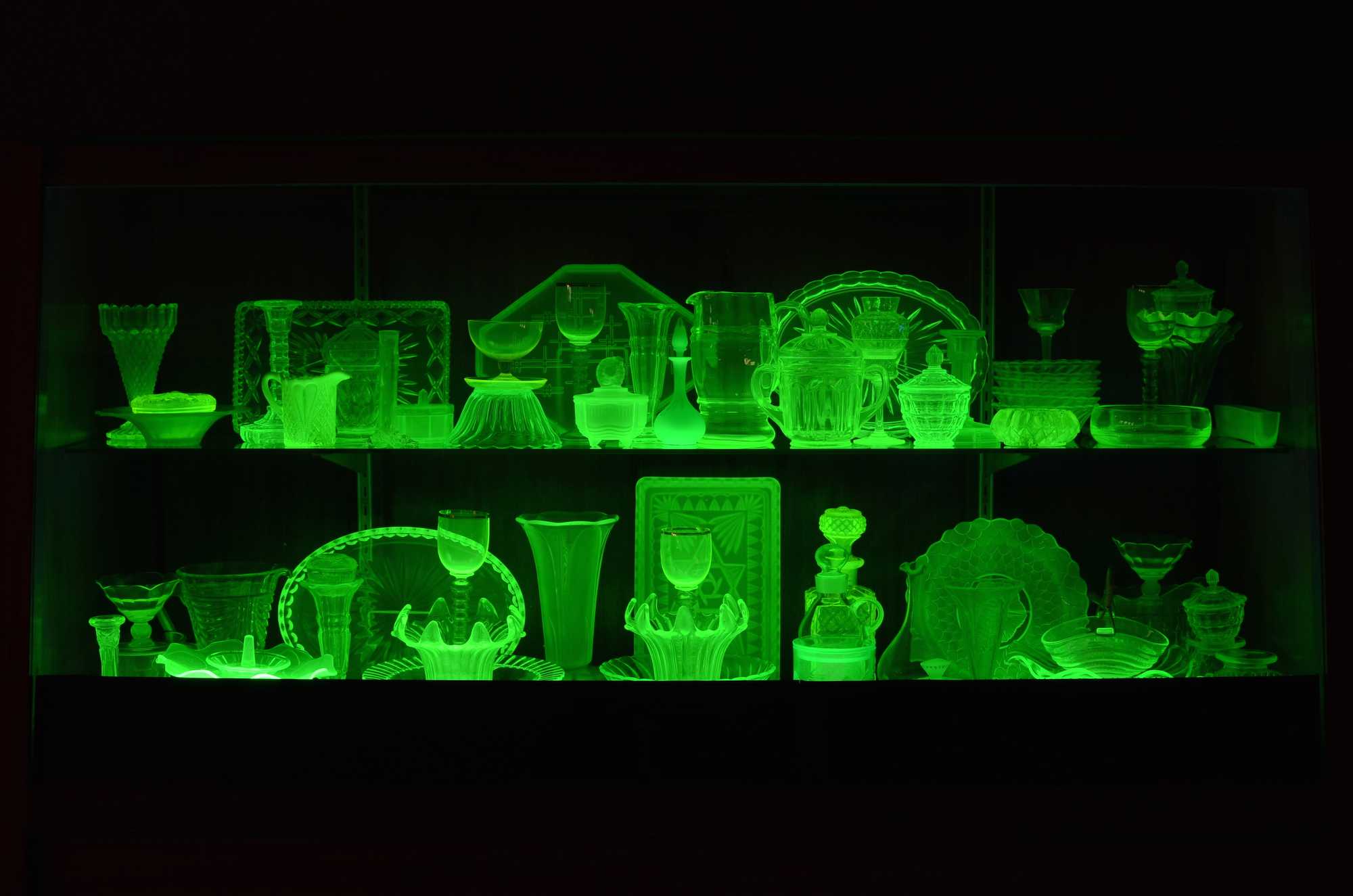 
No amount of worrying can change
the threads of fate's fixed spindle.
All that human beings suffer,
all we do, comes from on high.
The decrees determined by the spindle
of Lachesis will never be reversed.
The path of everything is always fixed,
our first day tells our last.1


Moirai are the three sisters known in Greek mythology as the spinners of fate. Across the Greco-Roman literary tradition the Fates appear to every newborn to spin the thread of life that will prescribe the child's destiny. The Greek poet Hesiod speaks of the sisters as offspring of Zeus and Themis,2 whereas Plato identifies the Fates as the daughters of Necessity, Ananke. Clotho, the youngest, spins the thread. Lachesis decides the length of the lifeline and commands its course. Atropos, the eldest of the three and the agent of death, decides how the life is to reach its end and cuts the thread with her shears.3 Dressed in white and with garlands in their hair, the sisters sing in harmony with the sirens.4


•
Objects of Transcendence — at Watermans from 20 January till 5 March 2017 — framed objects as active social and political agents that, in the manner of the magical thread that influences and is inseparably entwined with corporeal human existence, can exert a weighty force on human life. Curators Irini Papadimitriou and Jonathan Munro point to the nuanced cultural meanings and vibrant resonances of material things, which become tangible in the practices of four London based artists: Ele Carpenter, Jeremy Hutchison, Jasleen Kaur and Matthew Plummer-Fernandez. In the hands of these artists, all components of our material world become potent catalysts that directly influence us. Even the most unassuming everyday object cannot be dismissed as an innocent bystander; anything may play a crucial part in determining our subjection to the powers that govern us, our identity and sociality, or even the molecular composition of our bodies.

The power of objects does not stem only from their physicality, but also from their position within an intricate network of cultural signifiers. Matthew Plummer-Fernandez demonstrates how every object that we purchase leaves a permanent imprint on our digital record and is employed as a marker of an algorithmically established personality type, the emblem of which the consumer then becomes. Customers Who Also Bought refers to the increasingly sophisticated collection and analysis of online consumer data through a series of algorithm based portraits and a physical grouping of associated purchases. Each digital portrait is a composition of layered product images that form an abstracted headshot, reminiscent of the Renaissance painter Giuseppe Archimboldo's portraiture. The visual consumer profiles draw from Amazon's online retail algorithm designed for identifying customers' personal characteristics in order to predict their future purchases and thus develop increasingly individualised marketing strategies.

This dynamic results in a power imbalance between the surveilling corporation and the surveilled consumer: the consumer is being watched and analysed without access to the data that is being collected or knowledge of how the collected data is being used and by whom. If political entities gain access to the corporate data, our behaviours are no longer predicted as consumers but also as social and political subjects. In the words of the artist and academic Emily Rosamond: 'representations of surveillant subjects are not simply reflections of who that subject "is," but, rather, crystallize complex power relations between subject and state, and between consumer and corporation.'5 The algorithm here becomes the spindle that releases the magical energy of seemingly isolated online purchases, weaving them into the magical thread that is designed to encapsulate our future actions and judge our standing as virtuous citizens.

Jasleen Kaur also highlights the essential role that objects play in constructing and connoting a type of subjectivity. Instead of imagining a vulnerable subject who cannot grasp the meanings computationally extracted from material things, she shows how objects are actively harnessed to define and express cultural identity. Slightly Awkward Feeling comprises a delicate composition of glass and light against a panel of terrazzo effect wallpaper. The chunks of glass glow like pieces of burning coal, evoking memories of domestic interiors filled with ambiguously familiar cultural markers. Kaur's ongoing investment in articulating a type of British Indian aesthetic — one that has emerged from postcolonial conditions of displacement — acknowledges how our immediate material reality is the inescapable backdrop of the everyday that leaves formative imprints on our identity.

The feminist scholar Elizabeth Grosz's writes that freedom is 'immanent in the relations that the living has with the material world'.6 Our existence, and consequently the formation of our social and cultural identities, is inevitably bound to objects and our capacity to use them for our benefit. From the moment of birth we are on a path of prefixed material constraints, at the mercy of which we must function, and these conditions define what we have at our disposal to express who we are. According to Grosz, what constitutes freedom in this scenario is one's ability to escape automated habits and assumptions, determined by the socio-political status quo, and to make use of the material world in surprising ways.7 It is this imaginative approach, treating material things as malleable and expansive, that Kaur's practice celebrates. Objects can endlessly attach themselves to new meanings through circulation and use, re-establish themselves in new contexts and give way to new, rewoven futures for us and for themselves.

Whilst Kaur's installation grants a political force to the domestic materials that encase human bodies, Jeremy Hutchison's i- speaks of abstracting the human body itself into a powerful object. The two-channel video stages an interview with two hand models. Portrayed only through the sound of their voice and their hand squeezing a piece of clay, the models describe the absurd experience of making their living as the seemingly universal disembodied hand. In advertising imagery the hand, detached from the person to whom it belongs, becomes a generic sign denoting human use. However, due to its ineliminable connection to the rest of the body, which again is bound to the surrounding social reality and hence intrinsically politicised, the so-called 'neutral' hand is loaded with connoted meaning.

Hutchison's interviewees admit that their white middle-class status, evident in their hands, is promoted alongside the advertised commodities as the most ideologically valued social position. When the white middle-class hand is instrumentalised as the marker of what is 'normal' or the so-called universally desired standard, it becomes a powerful object that establishes and maintains social hierarchies built upon racialising discourse and class difference. It is tempting to draw a parallel between the advertising industry and the Fates, as both produce objects of power that can be used to mould social reality. In i-, however, the critical and self-reflexive voice of the model turns the hand from a generic statement into a personal portrait of an individual. By reattaching the hand back to the specific body, Hutchison unveils and thus deflates the persuasive power of the politically loaded hand-as-object.

In Ele Carpenter's Singularly Assured Destruction8 the participation of the object in political discourse is fused with a material vibrancy that physically alters our bodies and the environment. A collection of uranium glass — traditional green-tinted glassware that obtains its colouring from uranium salts — glows eerily under an ultraviolet light in an old shop cabinet. Next to the cabinet is a desk and a logbook into which Carpenter has recorded the levels of radiation emanating from each of her collectibles. The installation taps into the risks and ethical conundrums inherent to the nuclear industry: how to deal with radioactive waste that remains dangerous for 100,000 years; how to develop internationally consistent systems for measuring radioactive emissions; and how to face the ongoing environmental and social effects of past nuclear catastrophes. The title refers to the cold war military doctrine Mutually Assured Destruction (MAD), according to which any conflict escalating to the use of nuclear weapons would guarantee complete obliteration of both parties. Carpenter's disillusioned counterpart, SAD, points to the guaranteed risks and localised harm in the event of a nuclear accident and high radiation levels.

The idea of a transcendental object in SAD is multilayered. The radioactive domestic objects are imbued with a power in themselves; they may leave an undetectable but nevertheless physical imprint on anyone who handles them. At the same time, the uranium glass is a visualisation device and an instrument of political consciousness-raising that makes the elusive, yet most central, object of Carpenter's research – radiation – immediately perceivable to the human eye. Timothy Morton describes radioactivity as a type of hyperobject; a thing or an entity that is so vastly distributed in space and time that it becomes extremely difficult to discern and fathom. Whether a hyperobject is initially a product of human activity or not, it always produces effects that are independent of human intention and likely to operate on a geological timescale extending beyond human existence. A hyperobject takes on a life of its own, sticks to everything that is in contact with it and is impossible to efface or to stop in its tracks.9 As a hyperobject, radiation is as powerful and ubiquitous as the golden thread of universal fate spun by the Greek deities.

Objects of Transcendence revealed two distinct registers in which objects carry within them a force, a kind of magic, that impacts on the surrounding world. Firstly, through their recognition as part of our semiotic system, material things are granted power as culturally meaningful objects. The object cannot obtain this mode of power of its own accord, as such a force is built upon human perception and projected onto the object from outside of itself. The object is thus a cultural and political instrument. Secondly, there is a force in the vitality of matter itself. Even if objects lose the semiotic power bestowed on them, they will continue their existence and activities, independent and in excess of human associations, in encounters with other matter.10 Because socio-political circumstances themselves are malleable, the culturally determined magic of objects is something we can change. Whilst our freedom may be tied to set material conditions, we have the ability to endlessly reassign and redefine cultural meanings within those conditions. The vibrant materiality, however, is something we cannot abolish or throw away. No matter how far out of sight we take our landfills, or how deep underground we bury our radioactive waste, the discarded objects will endlessly remain and reorganise as components of new assemblages. Pure thing-power is – like the threads of fate's fixed spindle – resilient, insubordinate and unstoppable.